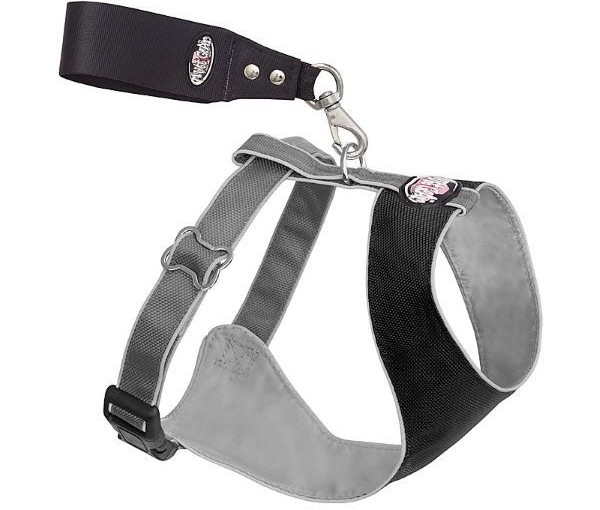 A Dog Car Harness can make travelling with dogs in cars safer.

Here’s some information that you should know.

According to data compiled by the AAA and pet travel product maker Kurgo, 56 percent of those surveyed said they’ve driven with their dog in the car at least once a month, with over half of them (52 percent) admitting to shifting attention away from the road to pet their either agitated or affection-starved canine companions.

Nearly a quarter (23 percent) of those driving with dogs said they’ve used their hands or arms to hold their dog in place while coming to a stop (a maneuver we’ve performed ourselves, though as a cheap way to get to second base back in our early dating years). Worse, 19 percent said they’ve used their hands or arms to prevent their dog from climbing into the front seat. That move takes one or both hands precariously off the steering wheel, and in a situation that’s already frenetic.

Among what would seem to be the most perilous behaviors reported, dog owners said they’ve reached into the back seat to attend to Fido or Fifi (18 percent), allowed the dog to sit in their laps (17 percent) and fed them food or treats while driving (13 percent). And, of course, let’s not forget that scourge of Western civilization, the selfie. At least three percent of those chauffeuring their dogs admitted to taking pictures of themselves and their canine companions while behind the wheel.

What’s the best way to minimize distractions and help maintain focus while sharing a car’s cabin with a dog? Just like the rest of us, he or she should buckle up, so to speak. “Drivers should use a pet restraint system for your dog every time their pet is in the vehicle,” says Jennifer Huebner-Davidson, AAA National, Traffic Safety Programs manager. “A restraint will not only limit distractions, but also protect you, your pet and other passengers in the event of a crash or sudden stop.”

Pet-care experts universally recommend owners use a restraint system whenever driving with a pet aboard, even if it’s just close to home. And if it’s a road trip involving driving long distances and at highway speeds, finding a good quality dog restraint that’s comfortable and easy to use is especially important.